California’s Coachella Valley is about to become a full-blown surf destination.

Already, the crew at the Palm Springs Surf Club is riding waves in their test facility and fine-tuning the SURFLOCH tech for a 2021 opening. The DSRT Surf project (powered by the proven Wavegarden Cove technology and backed by retired CT stars Josh Kerr and the Hobgood brothers) is also being developed nearby. And just yesterday, it was officially announced that a third surf pool is joining the party — the Coral Mountain Resort, using Kelly Slater Wave Co’s tech.

In a post on the CCY architects webpage (alongside a bunch of artist renderings), Coral Mountain is described as “a world-class, first-of-its-kind resort and next-generation recreational experience anchored by the Kelly Slater Wave Company’s 14-acre Wave Basin. The project site sits at the base of Coral Mountain in La Quinta, CA, a distinctive land formation named for the visibly fossilized remnants of a prehistoric reef. As if meant to be, The Wave at Coral Mountain will bring the best man-made waves in the world to a dramatic desert background where the defining characteristic used to be the ocean itself.”

It goes on to announce that, alongside The Wave (the name Coral Mountain is giving their surf pool), the development will also feature a 96,000 square foot hotel, surf shop and retail space, a club and spa, etc.

Suddenly, California’s Coachella Valley is Ground Zero for commercial Surf Pool development. Realistically, by early 2022, all three projects could be open to the public.

According to CJ Hobgood, that’s a good thing. In an interview with SURFER last summer, when Hobgood was asked his thoughts on multiple surf pools in the same area, Hobgood said: “I think it’s going to be a really great thing for that valley community there. It’s that “rising tide rises all boats” thing. Kalani [Robb] and Cheyne [Magnusson] are doing their pool with a different technology, and then we’ll have ours, and I think it’d be cool if someone else does another project in the valley, and that area could become the North Shore of wave pools [laughs]. Each one will offer a totally different experience.”

And it’s not just Hobgood that feels that way. Eric Munoz, the Chief Development Officer at the Palm Spring Surf Club, recently said, in a separate interview with SURFER: “Surfers are like aliens, and throughout history we’ve transformed countries wherever we’ve landed: there’s a whole economic, social, and cultural transformation that can be very powerful with surfing, and now that we’re landing in places away from the ocean, the primal joy of surfing is being shared by people who never would have had that chance.”

In Coachella Valley, an entire community of people who would have never otherwise surfed will soon have their pick of three different, first-class, surf pool options. As for the rest of California (and the United States, for that matter): Who doesn’t love a surf trip to the desert? 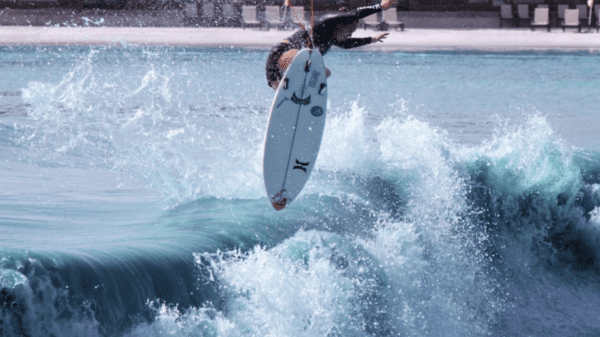 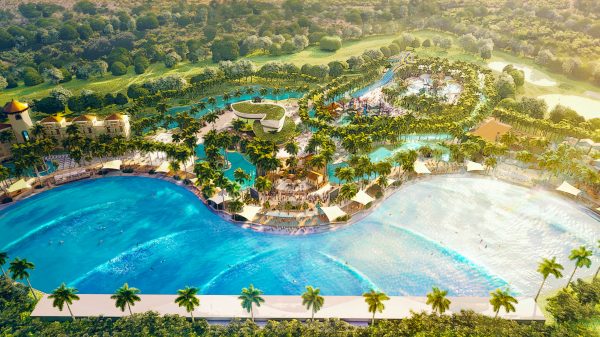