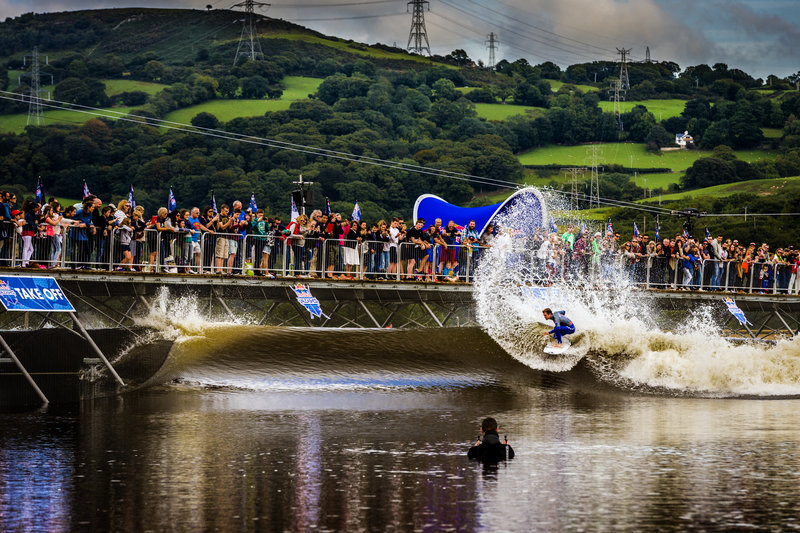 After much fanfare and hype, the litmus test for the manmade waves at Surf Snowdonia has been passed. Over the weekend in Wales, a mix of top-shelf surfers competed in a freshwater pool belching forth 2- to 3-foot waves with, well, machine-like precision, for the Red Bull Unleashed event. By the contest’s conclusion, Maui’s Albee Layer—a man renowned for packing massive tubes at Jaws—came away with the inaugural win. Fresh off the plane and back from the UK, Albee gave us the rundown of the event and his impressions on this new, and potentially game-changing, technology.

What was your impression of Surf Snowdonia prior to competing in the event?

I was actually in touch with the people there before I even knew about the event. I was trying to set something up where we could shoot an edit there. I wanted to go with a few other surfers and check the place out, see how it stacked up to a regular wave, and hopefully come away with something that we could use for an edit down the line. After talking to the people at the wave pool for a while, I was invited to the Red Bull event. The plans to make an edit with my friends fell by the wayside and I just went there to surf in the event instead.

What was going through your head when you saw the pool?

The first day I arrived they were doing some work on the machine so it was just an empty pool. It was pretty weird trying to wrap my head around how it worked and picture what the wave would look like. But when the event started and I was able to surf it for first the time, I was kinda tripping out. I actually bogged pretty hard on my first few waves. My timing was way off. I think it takes about three to four waves to figure it out a little bit and get the hang of it. I think by far and away the hardest thing about surfing this manmade wave is getting your timing down.

What kind of boards were people riding?

Almost all of us brought epoxy boards thinking we would need something with a little more float to get us through the sections. But by the end of the event we were all riding regular shortboards. The wave was actually a lot better than I thought it would be and was really fun.

Can you talk about the wave a little more?

It’s pretty perfect for turns. Coming from a bigger-wave background, I was a little hesitant and thought it was going to be pretty gutless but it wasn’t. It’s pretty much a super fun shoulder-to head-high wave.

So does this make you a believer in manmade waves?

Yeah, I think it’s gonna change things. I was pretty skeptical at first and thought it was going to be more of a novelty, but after surfing it for a few days, I was a believer. The more we—all of the guys in the event—surfed it, the better we got. If they could make a few more tweaks to it—maybe make it a little big bigger and engineer some sections—I think there’s definitely something there. 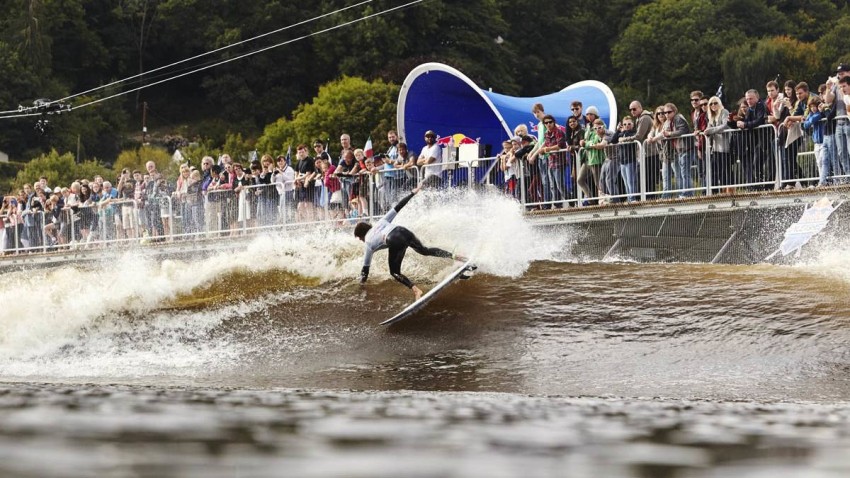 How about the format for the event? How’d that work?

So you paired off with someone in a heat. Before the heat, you’d flip a coin to see who caught the first wave. It alternates between a right and a left. So you’d basically take turns and whomever got the better of the exchange won. It was a best-of-five format, so the first person to get three better scores over his opponent won the heat.

And what about the vibe at the comp? What was that like?

The vibe at the comp was one of the best aspects. I think on the final day there were more than 2,000 people attending. It was amazing. I’m not a contest guy by any means but I had an absolute blast. And I’m not just saying that because I won. It was really cool because, with the giant crowd there, we were taking it up a notch. We were getting everyone there really riled up and calling each other out in front of the crowd between waves. The people were really getting into it. I’ve never experienced anything quite like that before. Even the competitors were really getting into it. Normally, if you lost, you’d just head home. But when the other athletes lost here, they’d just grab a beer and stand on the deck and get into the competition of it all. It was rad.

What’d you get for winning?

The winner received £5,000 to do something that they were passionate about. Like, if I were really into Formula 1, they’d want me to have some crazy behind-the-scenes party at a race. But I think I want to do that edit with my friends at the wave park. I think I’ll probably use the money to fly them out and surf this wave.