Waves in the Heart of Texas 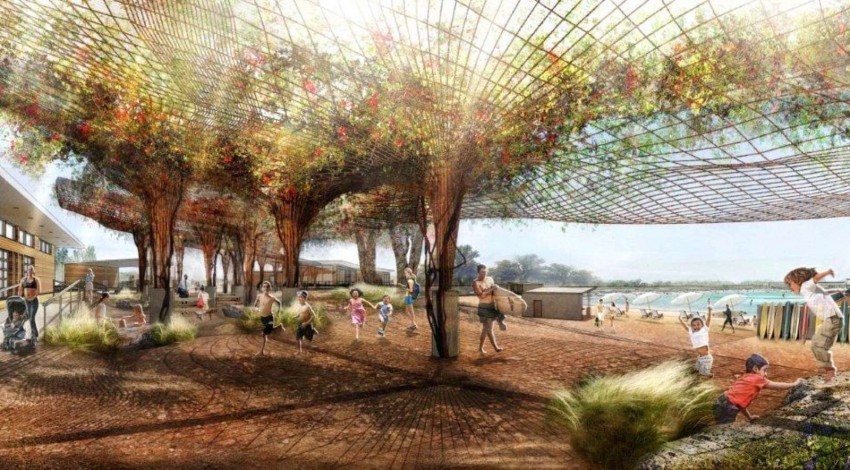 Rendering of NLand Surf Park in Austin by Levy Architects

Austin sits in the heart of Texas and is home to cowboys, businessmen, and hipsters alike. And according to Doug Coors, Founder and CEO of a massive 12-acre surf park scheduled to open in the spring of 2016, this eclectic landlocked city will soon be home to surfers as well. While the thought of a surf scene exploding hundreds of miles from the ocean sounds just about as farfetched as a snowball fight in hell, Coors is confident that pool surfing will take hold in Austin. Here’s what he had to say about his plan.

It’s hard to think of a location more removed from surfing than Austin. Why Austin, and how do you plan to establish the surf scene there?

We couldn’t think of a better place to launch. In fact, it already has a small but burgeoning surfing community as well as a large population of active, fit people who embrace innovation.

Where did you get the inspiration for the NLand Surf Park project?

I fell in love with surfing almost 25 years ago when I was living in Hawaii. I followed my passion around the globe to Spain, Nicaragua, Mexico, Costa Rica, Australia, and other remarkable places. As an engineer and a surfer, it was my dream to find the technology to bring surfing inland so more people could experience the exhilarating sense of freedom this sport brings. I wanted to make this sense of freedom available to all: novices, pros, and everyone in-between, including those who don’t surf yet.

Surf parks tend to be looked at as novelties, often mocked by surf puritans. How do you plan to add an air of authenticity?

The waves will do the talking. When pros like Miguel Pupo, Carissa Moore, and others travel to the Wavegarden in Spain and can’t stop smiling, that makes a huge statement.

What makes NLand different from the surf parks and wave pools around the world?

There are no other parks that [will] compare to NLand. Our lagoon will be the size of nine football fields with one-foot, four-foot, and six-foot barreling waves, on a ride that could last up to 35 seconds. There has been nothing like this in the past, nor is there anything similar to this now on the planet. 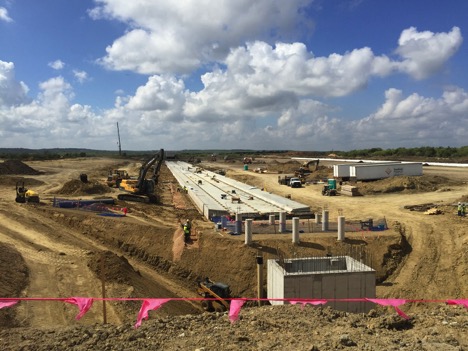 We wouldn’t have launched this project if we hadn’t figured out how to sustain the lagoon with rainwater. We have a sophisticated rainwater catchment system on the property, and even in the most challenging drought conditions, we can capture more than twice the amount of water that we need. Frankly, we will become a model for any business that is serious about environmental stewardship, and that’s something we can hang our hat on.

Wavegarden’s surf is nowhere near ‘perfect,’ but you suggest the waves at NLand will reach six feet in height and produce a barrel. Are we looking at an all-new technology, and can you give us any insight as to how it might work?

The engineers at Wavegarden are the global leaders in wave technology and we are certain they will deliver a six-foot wave. All we can say is come experience it for yourself when we open the doors in the spring of 2016.

What will it cost a surfer to get into the park? How will sessions work?

We are still tinkering with our pricing models but it will be similar to a day of skiing or snowboarding.

Read the original article on SurferMag.com