On August 17th, Surfs Up in Nashua New Hampshire was host to the world’s first sanctioned indoor surf contest. 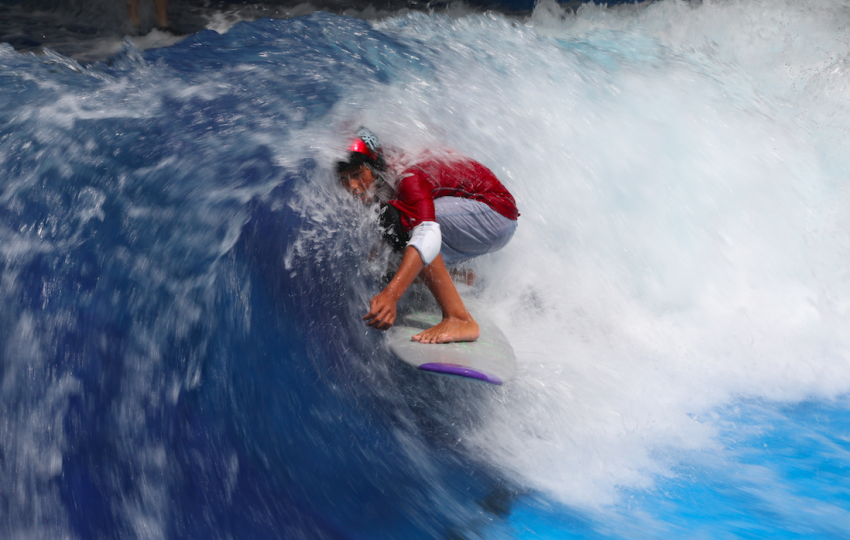 Surfers, including many of the Eastern Surfing Association’s top competitors and ESA All Stars, competed on the world’s largest SurfStream from American Wave Machines.

New Hampshire ripper and ESA all star Kainalu “Kai” Nichols,14 was the big winner of the day, claiming the championship in both the Junior Men’s (ages 15-17) and Open Division categories. Robbie Goodwin was the champion in the 11 & Under division, with Braeden Logue leading the 12-14 category. 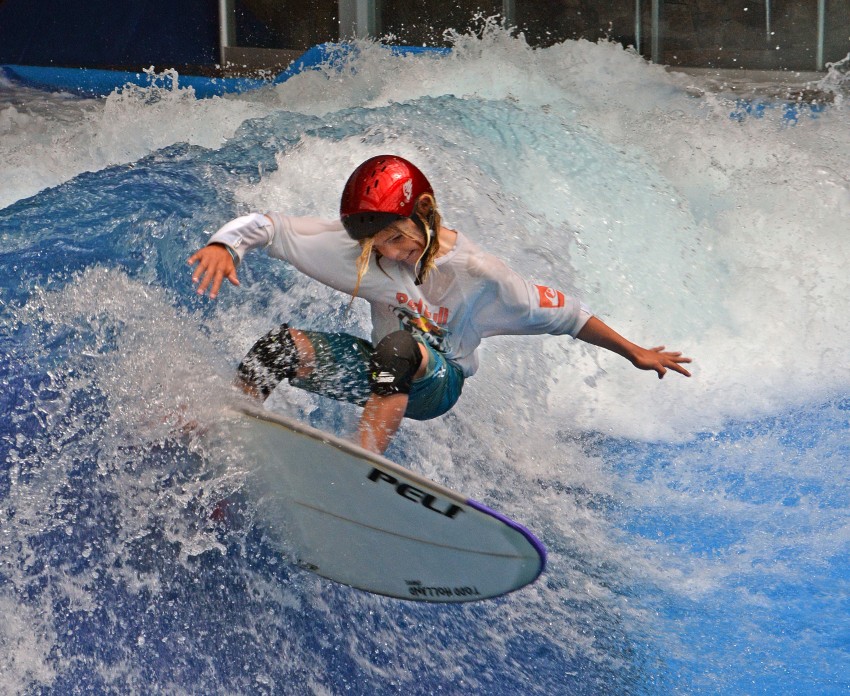 Robbie Goodwin, Age 10 was the days winner for the Menehune Division (Ages 11 & Under) Photo: Ron Todd 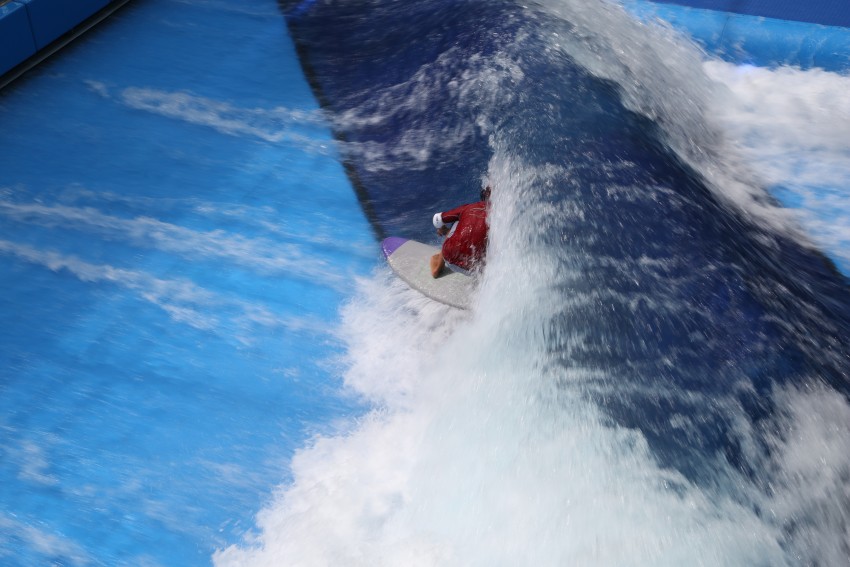 Kainalu Nichols view from above as he pulls into another barrel at the Eastern Surfing Associations first indoor surfing contest. Photo: Jack Reeves