Every day, driving along the Captain Cook Highway skirting the picturesque coastline between Cairns and Port Douglas, he gazes across the turquoise abyss of the Coral Sea.

“And every day I just look out there and go, ‘F***, I wish there was a wave’,” laments veteran surfer and developer David Imgraben.

Of course, with the Great Barrier Reef living up to its name just offshore, the forces of nature have conspired against his endless pipe dream.

But Imgraben is not letting a 2300km-long coral reef system put an end to his hopes of one day riding a barreling wave in the Far North Queensland surfing nirvana of his mind’s eye.

In the development world, imagination and opportunity are indeed two of the most powerful forces of nature.

And with the convergence of new wave pool technology, a pandemic-triggered surfing boom and surge in lifestyle-driven demand for housing there is now a rising tide of major projects with surf parks as their centrepiece.

Imgraben’s $320-million NorthBreak proposal for a 40ha site near Port Douglas is among the fast-evolving new asset class, which has emerged from next-generation wave machines designed to mimic ocean swells.

At last count, the number of surf park projects planned or under construction across Australia had already hit double digits.

So far, however, only one—Urbnsurf Melbourne—is up and running. Built on a 5.4ha site owned by Melbourne Airport at Tullamarine, it is capable of generating up to 1000 waves an hour and has been attracting more than 100,000 visitors a year. 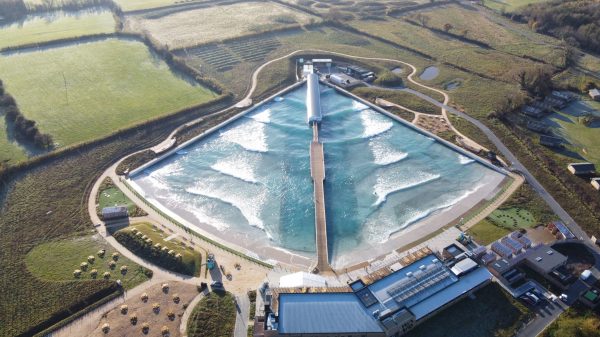