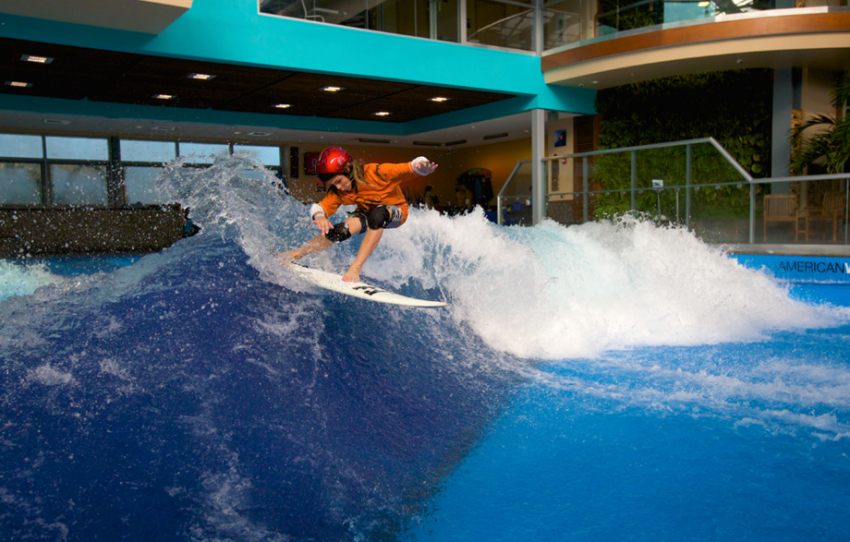 Nov. 14 was a blustery fall day in Nashua, N.H., a city that grew up around a rushing river but sits 40 miles from any ocean. Nevertheless, more than 30 youth surfers converged there for a sanctioned competition that day, and a few professionals came, too.

They rode waves all day in the heated comfort of SkyVenture New Hampshire, a sprawling indoor sports park that includes Surf’s Up. The centerpiece of Surf’s Up is the Surfstream, a device designed and sold by American Wave Machines that creates a stationary, perpetual wave with seven different varieties.

Wave pools are old technology, usually seen at water parks, resorts and other purely recreational facilities that make no effort to replace the sport of competitive surfing, or even to associate with the professional circuit.

But with the sport possibly on its way to the Olympics and wave-creation technology improving quickly, American Wave Machines founder Bruce McFarland is tying his lot to competition in addition to vacation fun. 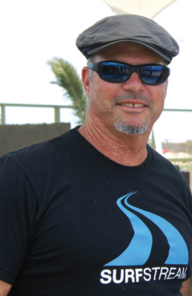 McFarland, a southern Californian engineer and surfer, founded the company in 2000, went to market in 2007 and has built a successful business selling major facilities to large resorts. But if he can prove that his devices are viable enhancements, if not quite replacements, to real waves in warm oceans, then he thinks the sport’s uptick could revolutionize his business.

“Sports are going to be, long term, a big driver of this,” McFarland says.

His thinking goes: If he can sell enough wave generators in cold-weather climates to support a schedule of indoor surfing competitions, the sport — and his market — no longer would be bound by weather and geography.

American Wave Machines sells two primary products: the SurfStream, a small, stationary wave generator that can be customized to fit venues as small as a tennis court, and the PerfectSwell, a much larger pool that allows surfers to paddle out and make full turns like in the ocean. The smallest SurfStreams can be installed for under $4 million and are best for indoor venues. The PerfectSwell runs up to $20 million, McFarland said.

When considering whether to add a particular sport to the Olympic program, the IOC considers how broadly across the world the sport is played. Under new rules that allow for temporary additions based on a particular host, surfing has been proposed to join the 2020 Games in Tokyo. And, surf-friendly Los Angeles is in the running for the 2024 Olympics. But for surfing to survive long term in the Olympic movement, it would need more exposure in cold-weather, land-locked regions.

“From our point of view, there’s a horse to put in front of the cart here,” McFarland said. “And that’s to build competition-level facilities in different countries, which, if they’re going to compete they have to be able to develop a team and practice.” 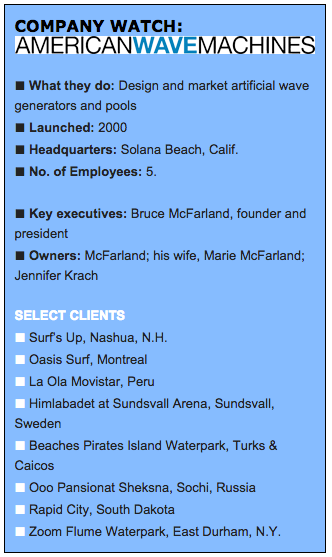 The November event, sanctioned by the Eastern Surfing Association, is the third such event hosted on American Wave Machines’ devices following earlier ones in Nashua and Sweden. The International Surfing Association is onboard with artificial waves, believing they can provide consistency in both the athlete and spectator experience needed in the Olympics — although ISA President Fernando Aguerre celebrated the Tokyo Games organizers’ intentions to hold the Olympic version in the ocean.

At an industry conference in Mexico in 2014, Aguerre said: “The breakthrough in wave technology is a real game changer for surfing and it eliminates the main obstacle that has stood between our sport and the Olympic Games in the past — we can now make perfect waves every time, all the time.”

Among the more affordable, compact stationary wave technologies, the SurfStream product stands out because it uses a pool nearly a foot deep, or deep enough for a surfboard’s fins, said professional surfer Cheyne Magnusson, who participated in a demonstration at the Nashua event. Most artificial wave devices are only a few inches deep and can only accommodate flat-bottomed wakeboards. 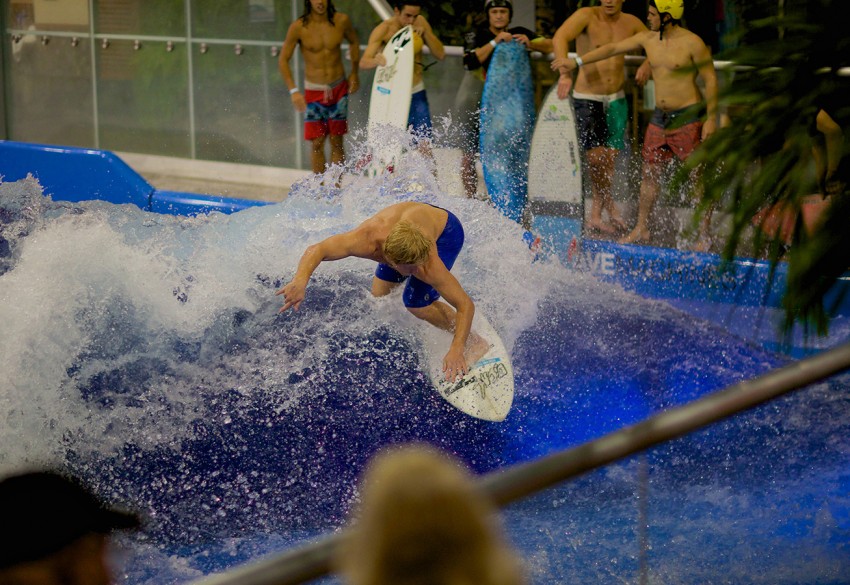 American Wave Machines’ technology is in eight venues, including unconventional surfing destinations such as South Dakota, Sweden and Montreal. It only counts five full-time employees, relying on an extensive network of suppliers and installers. McFarland and his wife Marie own most of the company, and Jennifer Krach is an investor.

McFarland knows that building the commercial aspects of an indoor competition tour will be tough. There needs to be more facilities in unconventional regions to really prove the concept — and, of course, part of what sponsors and broadcasters want when they do business with the World Surf League is access to the beach culture. 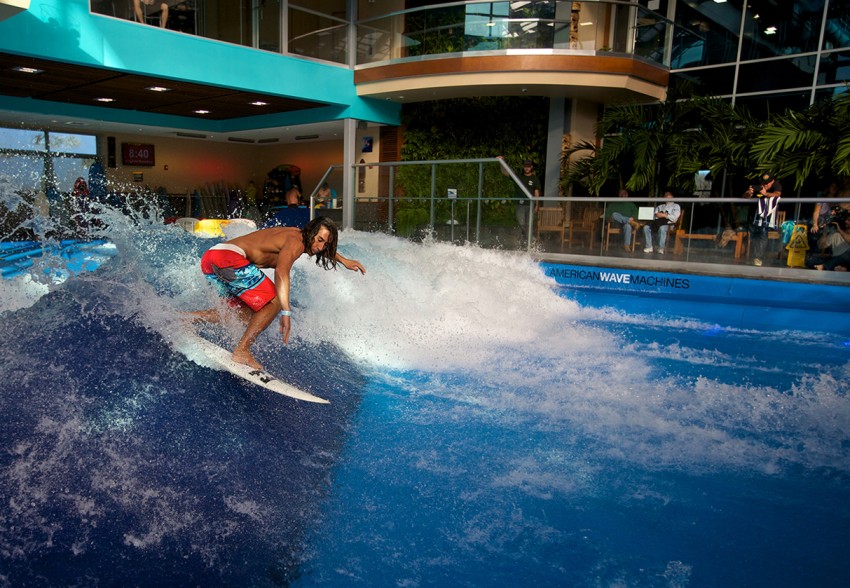 Born in California and raised in Hawaii, Magnusson doesn’t think indoor pools in New England will ever become the equivalent of the beach-side version. But he does think it could become something akin to indoor soccer, a distinct yet complementary version of the core sport.

“It’s not a replacement for the world championships that follow the waves around the globe,” Magnusson said, “but it’s definitely something that I think totally would be viable as its own entity.” 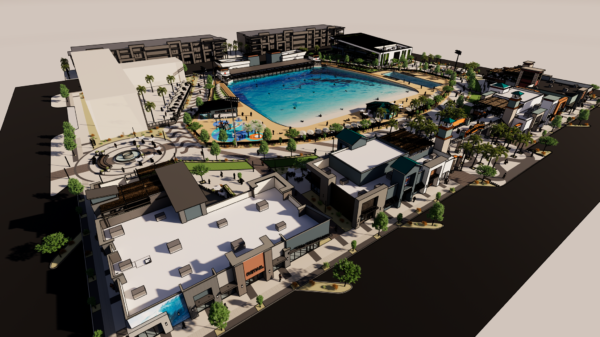 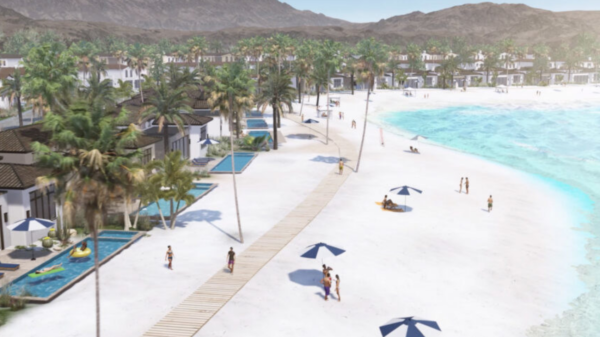 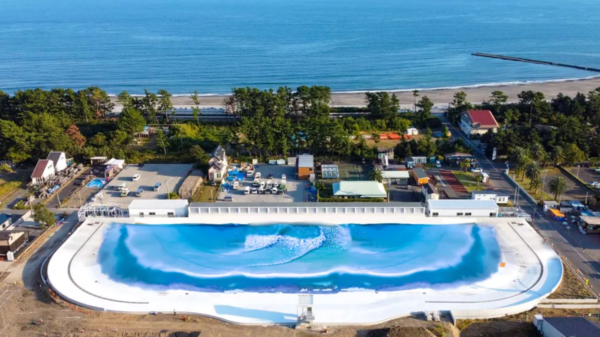 American Wave Machines, which powers the BSR Surf Resort in Waco, Texas, is an epic wave making technology, attracting surfers from all over the... 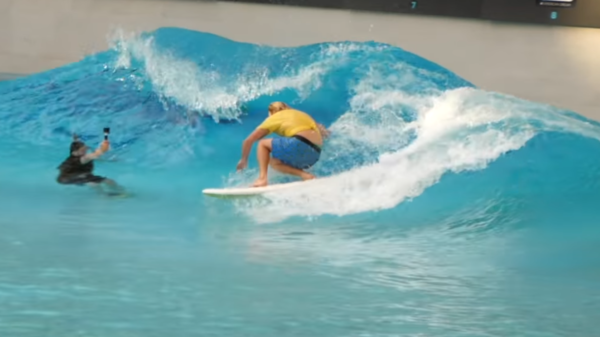 Wanna Get Tubed At A Mall In New Jersey?

While the BSR Surf Resort in Waco, Texas is still the premiere high performance surf park in the United States at the moment, the...