Surfing is a sport actively enjoyed by more than 200,000 Sydney residents. It has a higher participation rate in NSW than Rugby League (2x), Basketball, Netball, Cricket, Hockey, Squash, Volleyball, AFL, Yoga and Fishing.

Sydney is blessed with a large number of surfing beaches, but access to those beaches and crowding in the line-up is becoming an increasing issue. URBNSURF Sydney will provide an authentic alternative to ocean based surfing and provide another opportunity for Sydney based surfers and those wanting to learn to surf to surf more safely, more easily and more often.

Strategically located only 14 kilometres west of the Sydney CBD, and at the demographic heart of Sydney, Sydney Olympic Park is the home to a large number of residents, workers, and students and receives over 10 million visitors per annum. Sydney Olympic Park is an ideal location for URBNSURF Sydney with its many sporting, entertainment, leisure venues, large open green spaces, playgrounds and cycleways, as well as hosting over 5,000 events each year.

URBSURF Sydney has been designed to use the latest version of the world’s leading man made wave generating technology, Wavegarden®. URBNSURF Sydney will deliver high quality, authentic surfing waves to suit all abilities. 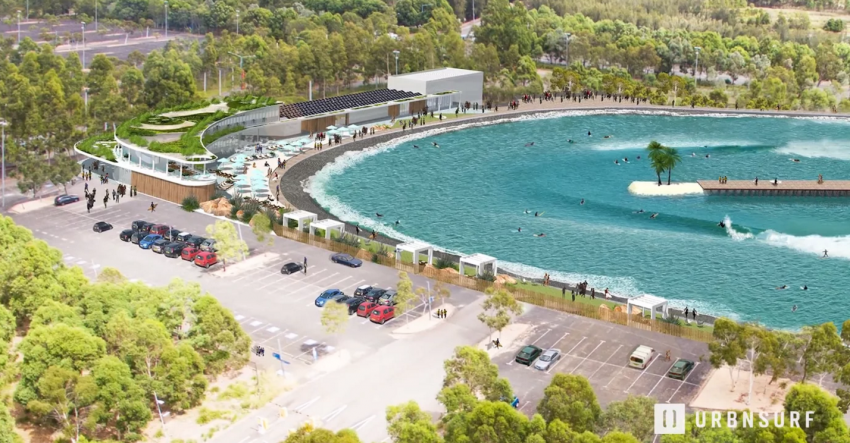 Situated less than a kilometre from the Olympic Park train station, and immediately adjacent to a likely station location on the future $1bn Parramatta Light Rail line, URBNSURF Sydney will be accessible to over 2 million Sydney residents in under 30 minutes.

Multiple lagoon-side amenities will offer something for everyone, including:

URBNSURF Sydney promises to become a compelling and iconic destination for surfers and non-surfers alike.

“Anyone that surfs would just be all over that,” Burrow says in a video for URBNSURF. “If you can pay for a certain amount of waves at a certain time, it’s kinda like going to the gym. People that work in an office who [normally] go to a gym, but instead I’m doing something way more fun. I’m going to a frigggin’ wave pool! I know I’d take that over the gym.”

New South Wales’ Minister for Trade, Tourism and Major Events and the Minister for Sport, the Honourable Stuart Ayres MP said, “The UrbnSurf Park is a massive vote of confidence in the future of western Sydney tourism.”

“Sydney Olympic Park is a thriving business, entertainment and sporting precinct. It’s already a hive of activity, from the skate parks to mountain cross; we can now throw surfing into the mix!”

For Founder and CEO of Wavegarden, Mr Josema Odriozola, URBNSURF Sydney is the realisation of a long-term plan to make surfing more accessible worldwide.

“We are thrilled to be associated with the development of URBNSURF Sydney, and especially in such an iconic Olympic location. With a large existing surfing community and millions of tourists in Sydney each year, I can see this facility becoming a true destination for new and experienced surfers alike.

“We are confident of delivering an outstanding Wavegarden lagoon that will meet the needs and expectations of all who visit.”

A site master plan and preliminary design for URBNSURF Sydney has been completed, and detailed site feasibility studies are now underway. It is anticipated that a development application for the project will be submitted in the later part of 2016.

Once planning approval for the development is received, construction activities can commence, which is hoped to occur by mid-2017. The construction and commissioning of the facility will take the better part of a year to complete, with the aim being for URBNSURF Sydney to open to guests in or around mid-2018. 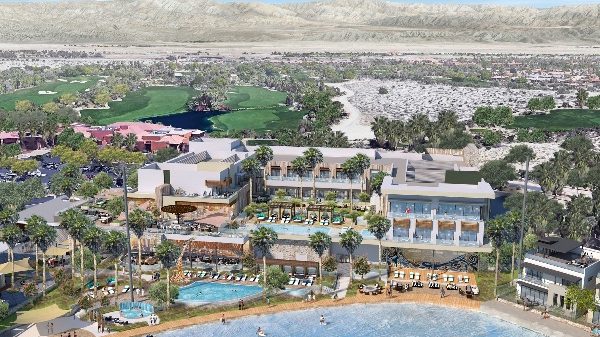 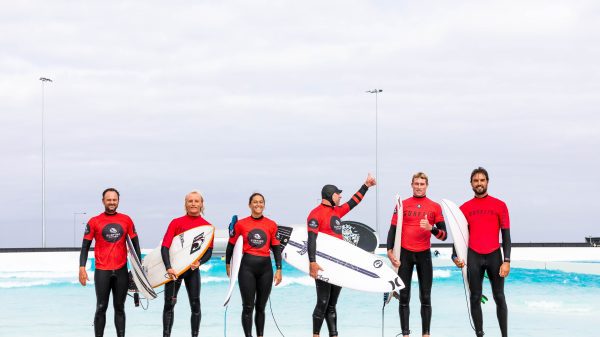