Webber’s bold vision of the future of surf parks.

Earlier this month, in the 500-person Welsh town of Dolgarrog, Surf Snowdonia opened. The outdoor complex’s prime attraction is a freshwater lagoon that creates two surfable waves at the push of a button. Developed by a company called Wavegarden, it’s without question the best surfing wave pool in operation today. It’s also the first to be open to the public. Already surfers are wondering if this is the beginning of the greatest fundamental shift in the sport’s 100-plus year history.

Surfing has forever been dependent on uncontrollable factors: weather, tides, swell, wind, shifting sand banks, and the formation of reefs and headlands thousands of years ago. Perfect conditions and ideal waves are the products of chance and will be forever temporary. No two waves have ever broken the same way. So for generations, recreational surfers have spent their lives and incomes in pursuit of optimal conditions all over the world. This pursuit is core to the culture, and is as celebrated as it is frustrating.

This unpredictability carries over into competitive surfing, and as a result, the sport has never established a truly level playing field. Nor has it been able to market itself like other sports that can sell grandstand tickets and set live broadcast times. Unless a competitor is attacked by a shark in the middle of an event, it’s pretty hard for surfing to gain a mainstream audience despite its immense popularity.

All of this has led to what’s been a long and often comical relationship between surfing and man-made waves.

The dream of wave pools has been pursued without notable success for decades. We’ve seen wave tanks everywhere from Dubai to the Canary Islands, Japan, and North America. One wave pool in Arizona was even the basis for the cult Hollywood film North Shore, where protagonist Rick Kane uses his winnings at an inland contest to pursue surfing in Hawaii. Another in Pennsylvania was home to the 1985 World Inland Surfing Championships, won by two-time World Champion Tom Carroll. The ridiculousness of the event and terrible wave quality was demonstrated by the lack of a 1986 World Inland Surfing Championships.

“The whole concept of it is really, really exciting but the power in the wave subsides really fast,” said Agius. “Because the power is not generated over an extended period it loses its force really quick.”

It’s that lack of power that has plagued wave pool creation. The other popular model for man-made waves has been the Flowrider—a design that shoots three inches of water up a sloping arc to create a freestanding wave. Created 25 years ago, these are in malls, water parks, cruise ships, and at even Munich airport, but the sensation of riding the Flowrider is considered about as close a simulation to surfing as skateboarding in a wetsuit through a tarp on your driveway.

Which brings us back to Wavegarden and its first public pool, Surf Snowdonia. Developed over the last ten years, Wavegarden’s technology is seemingly simple. In a long, oblong lagoon, a snow-plow like mechanism runs underwater through the middle of the facility, creating two perfect, albeit small, waves that peel for over 150 meters. When operating, the waves break in the same place, the same way, every two minutes. It’s a radical change to surfing in nature.

This jump in technology comes at a profound time for competitive surfing. In June, the 2020 Tokyo Olympics Organising Committee shortlisted surfing as one of eight sports it may include at the event. Surfing’s prospects for inclusion were boosted by the statement that the committee are looking for events that have a focus on youth appeal.

With two pools built (the first being their R&D lagoon in the Basque country of Spain), and another currently in development in Austin, surfing’s equivalent of the space race is being led by Wavegarden, but they’re not alone. There are clusters of wave companies with prototypes in development around the world. One is the Kelly Slater Wave Company, owned and conceived by the 11-time world champion surfer.

Australian surfboard shaper and futurist Greg Webber patented the Webber Wave Pool design ten years ago. The circular model promises to be even better for core surfers than what is currently being achieved with Wavegarden. Australian media reported that the first Webber Wave Pool would be built on the Sunshine Coast in September 2015. Unfortunately, Webber told VICE they’re still talking with developers and an advised date is up in the air. He did, however, offer predictions about where this movement is going to take the sport and culture of surfing.

“In ten years I think there will be well over a hundred of them,” said Webber. “One wave pool will get the go-ahead with the Olympic Committee and surfing will enter the Olympics… There will be a huge growth (in the sport of surfing) so long as the pool is the right one or the right type… What I think will happen is we’ll stop competing in nature. Because you can’t have a decent event in nature because it’s random.”

In an email to VICE, Wavegarden downplayed how significant the effect of wave pools on surfing will be.

“I think it does change it (surfing)… but much less that we think,” wrote Wavegarden media rep Felipe Verger. “Low-cost airlines, the eruption of surf schools and surf camps all over the world, and [the] internet have probably a much bigger impact on surf culture than the fact that people who live in places where there are no waves, or the weather is very bad during certain times of the year, can take up/continue surfing.” 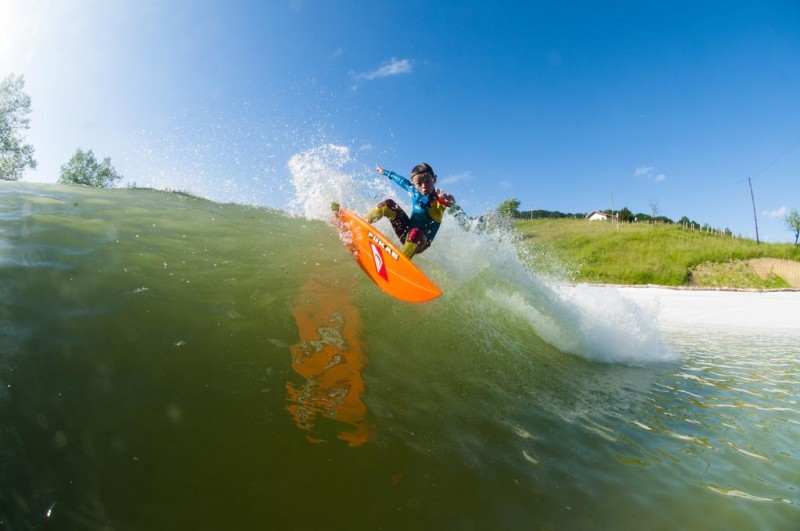 However, Verger also told VICE the “next wave lagoon in Austin will blow the minds of a lot of people” and that they have pools in development in “Spain (Madrid and Barcelona) Morocco and Dubai. And later Australia, Germany, Portugal, France, Switzerland, Brazil, California.”

Australian company Wavepark Group holds the license to develop Wavegarden pools in Australia and it has been reported that they plan for as many as ten of them to open to the public in the next few years. With the early commercial success of Surf Snowdonia as a model, which has been fully booked since it opened to a mostly non-surfing population, it seems certain that wave pools are coming and that they will only get better.

“It’s really scary to think what that will do to surfing in the mainstream,” said Agius, “I dare say that it’s going to be pretty lame whatever comes out of the whole pool scene. There will probably be huge Red Bull logos over every pool and lights and drones and shit and it will probably be in the Olympics and it’s probably going to suck.” 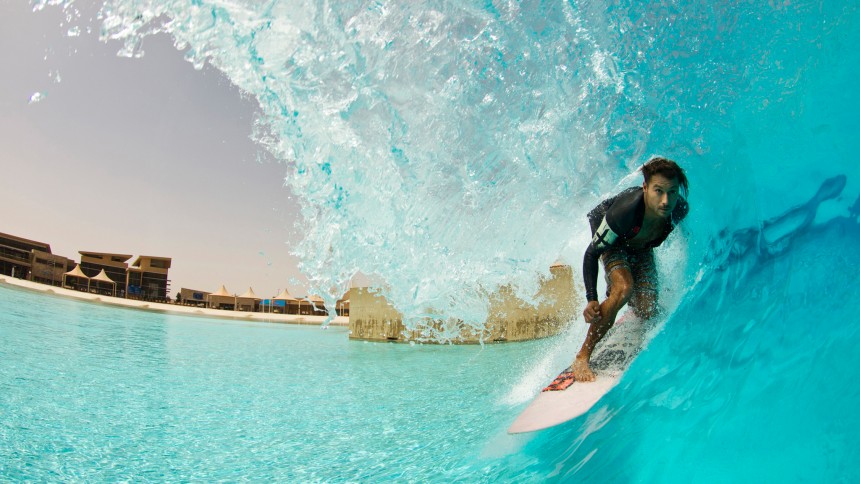 Days after VICE’s conversation with Agius, Red Bull announced that they would be putting on an international ticketed surfing competition at the Surf Snowdonia complex this September. The competition, called Red Bull Unleashed, will include a grandstand capacity of 2,500 people.

But surfing as a sport is only one facet of how wave pools will affect surfers in the future, as Greg Webber reflected.

“Large numbers of people having really good waves and a lot of the time is probably the most healthy thing we can do at the moment,” he said. “if there are enough of them built and the wave rates are high enough, then how happy would people be if you can know that at least once a week you can get barreled off your effing head?”

Read the original article on Vice.com