Significant progress has been made but more time is needed. David Hansen is requesting more time to complete the studies and analysis on the area for the $300 million project. 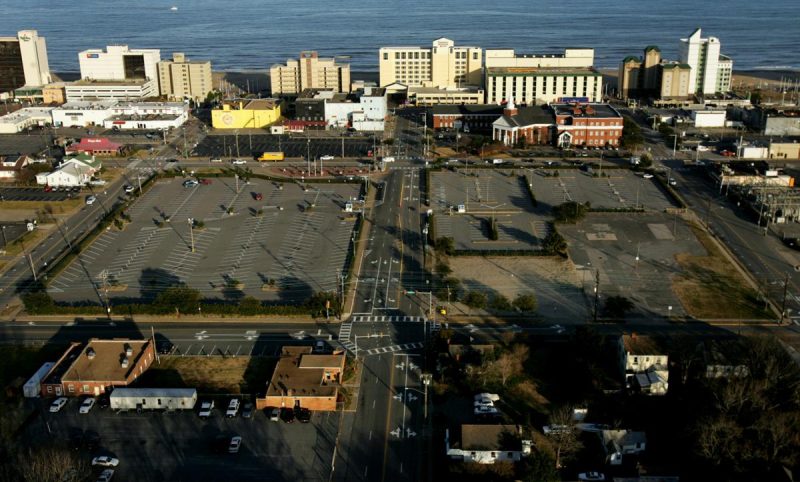 May 16, 2018. The Wave in Virginia Beach hasn’t broken yet. Back in November, Venture Realty LLC entered into a six-month negotiation agreement with the Virginia Beach Development Association to turn the old Dome site into a surf and entertainment park. The short timeline was set to realize a handful of studies and perform analysis on the area.

That six-month agreement from November ended on May 15.

In a letter to the City Council, David Hansen, City Manager of VB stated that “significant progress has been made and we expect most of the studies to be complete this month.”

Due to the fact that so much progress has been made on the project, the City Manager is requesting for the negotiation period to be extended through December 31, 2018.

For those that don’t know, the Old Dome site at Virginia Beach used to be a concert venue until it was torn down in 1994. Since then it has been mostly used as a parking lot for the surrounding resorts.

Pharrell Williams is the official spokesperson for the project that wants to bring a Wavegarden “Cove” surf pool to the site along with an entertainment district, residential living spaces and a number of other leisure and lifestyle pop-ups.

“The Wave” project would cost an estimated $300 million. David Hansen, the City Manager of VB recommends that $30 million would go to the entertainment center and another $7.5 million be invested to improve the streets and transportation areas that surround the site.

Hansen states that they will be prepared to present their completed studies to the VBDA and City Council by July or August.

Pharrell Williams has a real connection to the site. He used to drive past it every day with his mother on their way to work. Amazed by the architecture of the building, the site has always stood out to him as an outstanding location. Once it was torn down the empty space filled his head with images and ideas. He would hate for the space to go to waste.

Now that Pharrell has reached a point in his life where he has a significant voice, he wants to use that to his advantage and to the advantage of his hometown of Virginia Beach.

Although Pharrell isn’t a surfer himself he very much resonates with the culture. He enjoys skateboarding and is looked up to by many in our action sports world including the little East Coast surfing town of Virginia Beach.

You can view the letter from David Hansen regarding the Virginia Beach surf park to the City Council here.