Midway through 2020 and Wavegarden is reflecting on its recent successes. After opening two new parks in the last 12-months (URBNSurf in Melbourne, Australia and The Wave in Bristol, England) and with projects underway in the United States, South Korea, Switzerland, Brazil and beyond — the company is realizing its vision of bringing perfect waves on demand all over the world.

Wavegarden has made a crazy amount of progress in a relatively short amount of time. Remember the first glimpse of the technology back in 2011? At that point the test facility was a small lagoon in Spain, where they were pumping out 1- to- 2 foot peelers. Perfect, but too small to incite any significant excitement. Now, not even 10 years later, and everyone from pro surfers to the general public are raving over both the current technology, as well as its future potential.

Take it from perennial CT contender Owen Wright, who spent a day surfing at the URBNSurf facility earlier this year. “It’s the ultimate training facility,” said Wright. “My surfing started to improve after just 5 rides. I was able to perform 4-5 turns on each wave, which really helped me fine-tune my technique. It would take me months in the ocean to achieve what I picked up from surfing in one day in the Wavegarden Cove.”

With surfing in the Olympics, Wright figures it’ll be paramount for every country participating to build a Wavegarden test facility where they can train. “Finally, we have the ability to improve our performance,” Wright continued. “Similar to other sports like football or rugby.”

While the clip above is a marketing reel for future investors, it also shows the range of the technology. From beginners learning on the whitewater, to pros like Wright, Jack Freestone, and Chippa Wilson getting shacked and launching airs out the back, The Cove mimics the ocean experience unlike any other surf pool out there today. On top of that, the mechanical system employed by The Cove consumes less than 1Khw per wave — 10 times less energy than other pneumatic wave generation systems. And a full scale facility — like URBNSurf in Australia — can host over 80 surfers simultaneously, with each surfer getting between 10-15 waves per session.

Lots of progress has been made at Wavegarden in the last 10 years. It’ll be interesting to see what the next decade will bring. 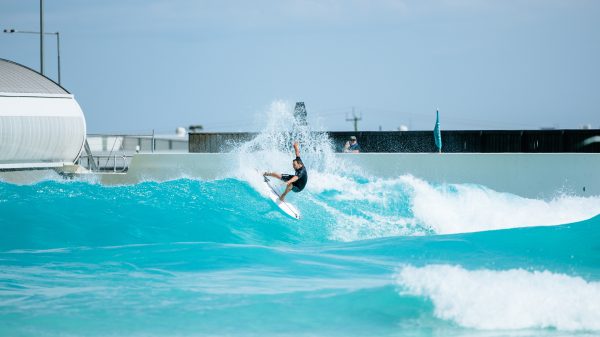 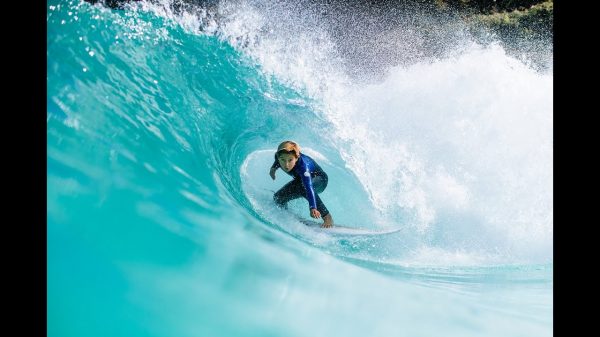