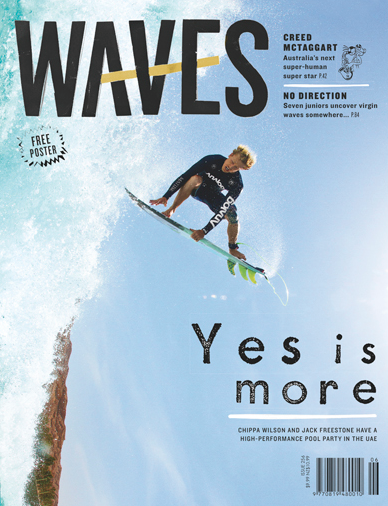 What is almost certain to become a trend over the next few years as wave technology improves is the inevitable photo sessions that will take place at wave pools and surf parks worldwide. With guaranteed waves on tap and sections perfectly engineered for boosting we’re taking bets that this is only the first of many wave pool cover shots we’ll be seeing in the next few years. Can you imagine the sequences we’ll be seeing when you’ve got the ASP World Tour surfing heats in non-stop liquid perfection? 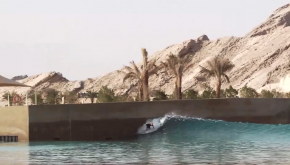 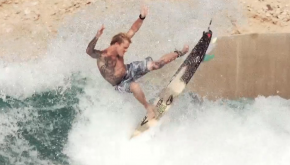 “Back in early September we had two extremely talented surfers visit Wadi Adventure. While Chippa Wilson and Jack Freestone were here, they brought with them photographer Matthew O’Brien and lensman extraordinaire Shane Fletcher. Their goal was to not only capture the amazing level Chippa and Jack surf at, but to also share with the world what its like to travel to the U.A.E in search of chlorinated perfection.” – Quote from the Wadi Boardriders

Check out the video featuring Chippa & Jack – Out of Bounds

Jack Freestone recently won his second ASP World Junior Title at the Oakley ASP World Junior Championships. Did his September sessions in the Wadi Adventure wave pool have an influence on his aerial performance? Some of those airs he was practicing look very familiar. We like to think so… 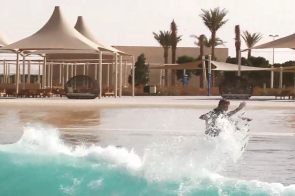 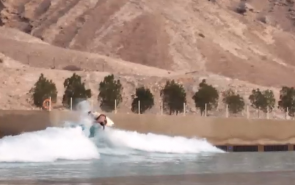 Two amazing athletes we’re certain will leave their mark on the future of surfing.

Check out the links below to learn more: