Architect Damian Rogers and Engineering firm Arup are leading a proposal to construct a floating beach and wave pool at Dockland’s Victoria Harbour in Melbourne. As announced on the project website — “A surfable wave in the heart of Docklands. A new 21st Century park for all Melburnians” 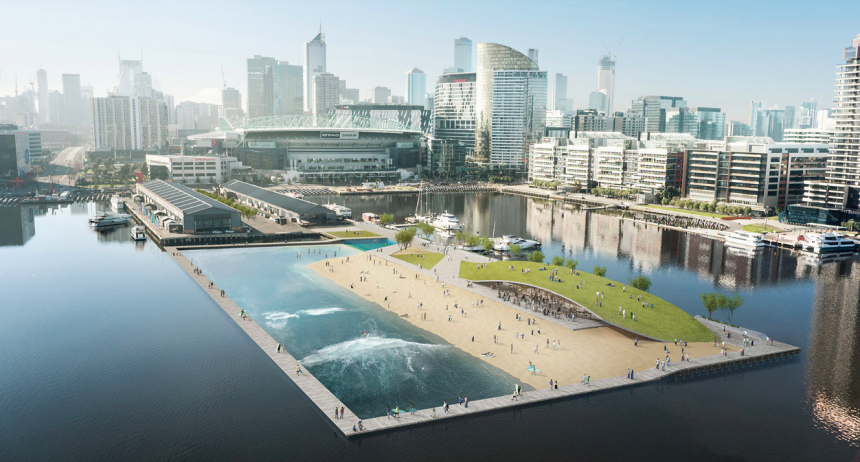 The concept includes a man-made sandy beach, filtered salt-water and a 160 metre long, heated wave pool with waves ranging up to 1.5 metres high. Although the costs of the project has not been finalized, existing examples of wave pools in Europe suggest the scheme could cost over $8 million. The surf beach would also require the tick of approval from the Melbourne City Council and Places Victoria. 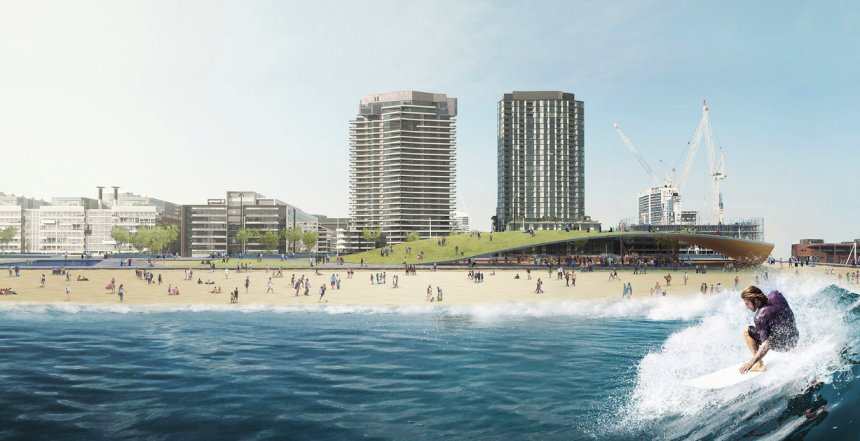 Rogers says that although he is looking at the technologies that allow the wave to be suitable for competitions – not unlike the famous Victorian Bells Beach Classic, at the core of his idea is that the surf park will be a place for the city public to come and experience the beach. “The whole idea began with being able to surf in an inner city location,” – Damian Rogers 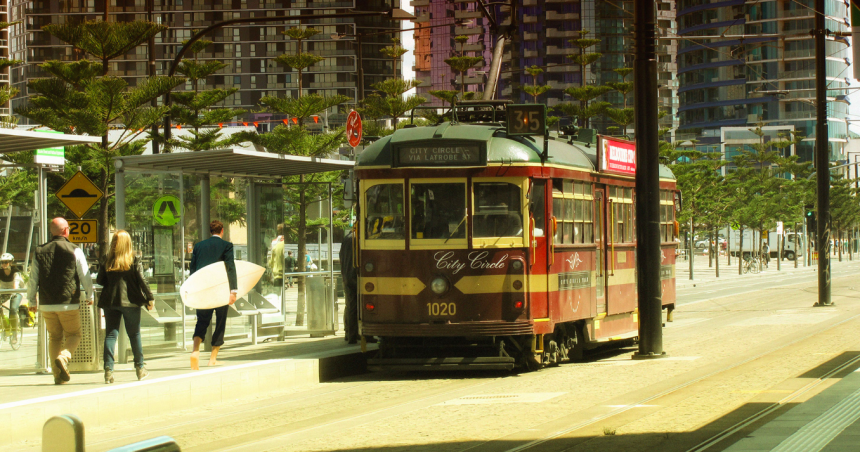 Surfers in suits could one day be jumping on buses and trains to enjoy after office hours at the Docklands Surf Park. Image: Damian Rogers Architecture

“To bring the surf to the city is a great concept, especially to a site like Central Pier in the Docklands. I can imagine having surfers in suits heading for an after work session and kids coming to the Docklands carrying surfboards on Melbourne’s trains and trams.” – Max Wells, Chief Executive Officer | Surfing Victoria

See the video interview below with Phil Carter, Urban and Transport Planner at Arup, discusses the Docklands Surf Park and how the collaboration between Arup and Damian Rogers Architecture came about.

“We also want to embrace how people will be looking at it from above, not just at the wave but at the park using the roof as a garden, and giving that back to the people of Melbourne as a public space,” he concluded.

In a statement released about the proposal, The City of Melbourne commented that it “has not committed any support for this project and has only been approached informally to be advised of this private sector initiative. Our feedback to Arup was that it was an interesting concept, if private funding were available for the infrastructure.”

Rogers and Arup are requesting feedback from the public and you can have your say here.

The article above by Aisha Dow originally appeared on The Age — you can view the full article here.