Originally Published on June 14, 2016 on Magicseaweed.com

There’s been a lot of talk about using wave pools as functional, effective training facilities recently. The conversation blown wide open after the WSL bought Kelly’s pool and perhaps spurred on a bit more, if only in a different direction, after the Olympic organising committee said they are not planning to use man-made waves if surfing is to be included in the games.

Anyway, to see if wave pools can really hold up as top training facilities, six frothing groms paid a visit to Surf Snowdonia – Wales’ in-land, man-made wave pool, as part of a coaching session from Surf Solutions. And the results seem to speak for themselves.

Joel Gray, who runs Surf Solutions said: ”My main concern before our arrival was of wave quality. If that did not stand up or was too different to what we get in the ocean then it’s game over. I actually had the first session myself and after starting on my small grovel board I switched onto my normal performance board and at that point knew that we were in business.

”Although the take off is very different to a normal wave, once you have set your initial trim-line it is very similar to a shoulder high wave you would find in the sea. A peeling five turn wave with an end section. I was beyond impressed with the wave.” 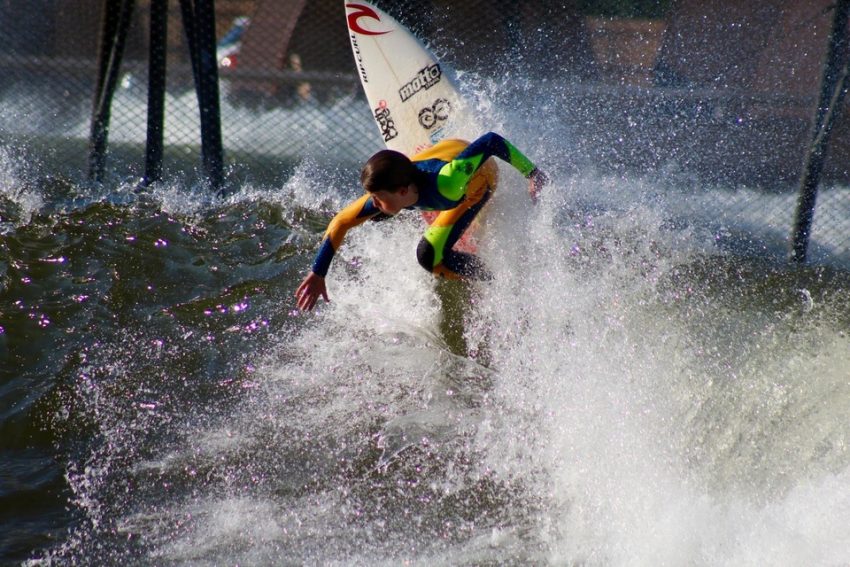 Joseph Morris, a south Wales ripper said: “It’s kind of like skatepark for surfing. You know exactly what the wave is going to do so you can practice the same thing over again and again.” And Sam Hearn added: “I had some of the best waves of my life. It’s amazing. And I’ve just come back from a month in Bali too.” 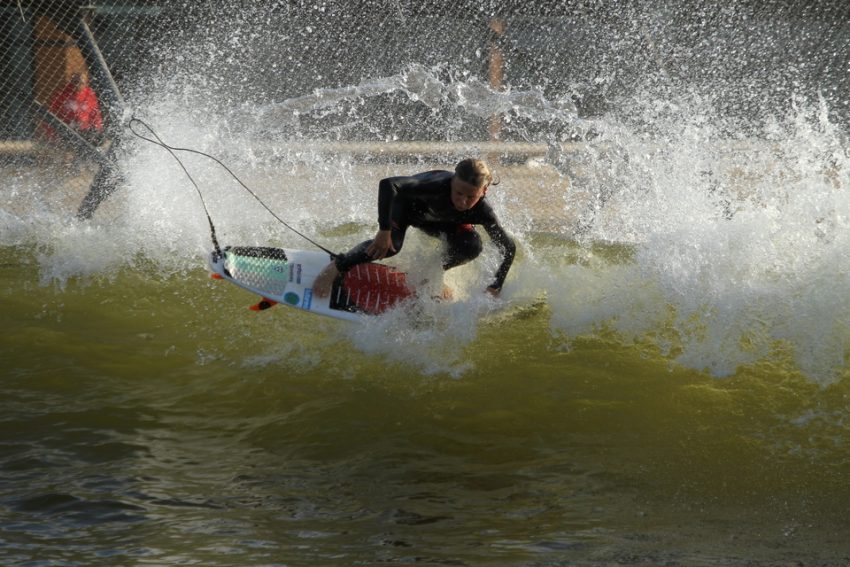 From the Surf Solutions Facebook page on June 14th: Can’t fault the wavegarden as a training facility. Surf Snowdonia improved all of the groms surfing in the short time we had there- from adding specific moves, acquiring fundamental techniques and even new realisation about best fin size / board combos. Im a fan and like with most people I just can’t help get excited about the future possibilities of pools like this but twice the size and with real tube sections. Kelly – when we getting the invite mate?