Western Australia, where men in grey suits patrol the lineups; the town of Kalgoorlie is hoping to develop a wave pool – or, just a pool… Of course, we’re hoping they choose the wave pool. 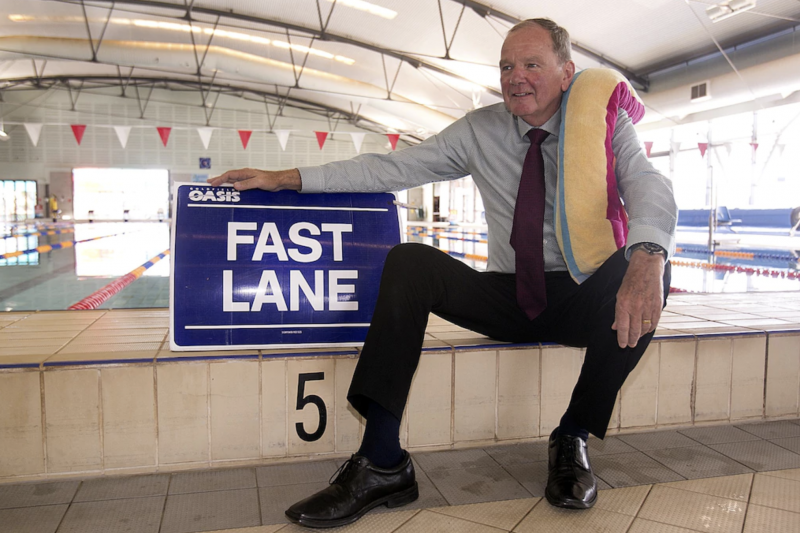 Kalgoorlie Mayor, John Bowler has been dreaming about this for a long time. Photo: Zach Relph

Much of Kalgoorlie’s residents enjoy weekend trips to Esperance and have a swim, but, the fear of sharks is real in the minds of Aussies. This Kalgoorlie surf park could be the solution.

Mr. Bowler experiences these fears himself, “the last couple of times I’ve been to Esperance for a swim, you’re constantly looking over your shoulder.”

Currently, the town has two options being vetted. “One is a wave-making facility — dial-up waves that can be surfed or ‘boogie boarded,” Mr. Bowler said.

The other is a bigger, outside beach, with or without surfable waves. A surf park would cost more, forcing them to think smaller scale. While the outside beach facility would be much bigger, however, it’s unlikely that this design would include surfable waves.

They’re trying to decide which option would be best for Kalgoorlie and its residents. Mr. Bowler understands that having a wave attraction would increase the amount of tourism and offer a “shark-free” surfing environment. A good sign that the wave machine route may be more likely.

Although the site is currently undecided, the most likely spot is situated close to town, near the indoor swimming pool. “That way staff can be utilized for both,” Mr. Bowler said. “We don’t want it on the fringe, we’ll try and get it reasonably close between Kalgoorlie and Boulder,” he said.

Adding a surf park or even an outside beach is a great idea, but currently, that’s all it is – an idea… “We just don’t pluck things out of the air. We’d consult with the public and obviously have a long-term strategy,” Mr. Bowler explains.

“If places like Perth can justify the expenditure, and they already have magnificent beaches, why can’t Kalgoorlie-Boulder?”