Australia is already regarded as a surfing destination, but with the addition and popularity of surf parks, there’s even more reason to visit.

URBNSURF Melbourne, Australia’s first surf park, named the most desirable surf park of 2021, is the model many parks aim to emulate. The success has even spurred a second park in the works for Sydney.

Damon Tudor, the CEO of URBNSURF, credits his staff and the park’s offerings for its success with both longtime surfers and people new to the sport.

“When you see the smiles on some of the faces of the people who’ve never done it before and they’re in an environment where it’s a bit more comfortable, it’s not intimidating, it’s welcoming and you can change different setups for people to suit their needs, that’s really exciting,” said Tudor when he appeared recently on the Beyond the Ocean podcast. “We’re not trying to recreate the ocean for those who surf, we’re trying to create a complimentary experience. There’s just no other environment like that and so it’s quite overwhelming. If I was to put it into one word ‘overwhelming’ in a very positive way.”

URBNSURF becomes an even more enticing destination when you combine the surf park with a major city destination like Melbourne. Here’s a look at what makes the entire trip worth it for anyone looking to catch some waves.

The Melbourne airport is the most direct way to get to the city and URBNSURF. Many cities in North America and Europe require a connecting flight but once in Melbourne, URBNSURF couldn’t be closer. The park sits right next to the tarmac, so don’t be surprised to see some low flying planes going in and out while hitting waves.

Even with the proximity, it’s still a good idea to rent a car for easier access to the park and the drive to downtown Melbourne takes about 25 minutes.

URBNSURF offers rentals and everything you need to hit the water, but if you want to bring your own they recommend:

If you forget anything or prefer to just rent when you get there, you’re in luck. URBNSURF offers surf equipment rentals at their Surf Rental and also an onsite store called Lagoon Supply Co.

The advantage of URBNSURF’s airport neighbor means there are endless hotel options very close by. Airport hotels include the Mantra Hotel which is within walking distance of the park. Other big-name chains like Best Western and a Hyatt are all in the vicinity of the park and the airport.

Further, in town for those looking for more nightlife and to experience Melbourne, visitors can stay at spots like the Novotel Melbourne South Wharf and Crowne Casino Melbourne will get you great city views and walking distances to stores, restaurants and other businesses. Also, in the downtown area, there’s the historic Treasury on Collins for anyone looking to spend a little bit more.

There are also plenty of Airbnb apartments and homes for rent throughout the city both close to the park and closer to downtown Melbourne.

Visitors at the park can grab breakfast, lunch, dinner, coffee and more at Three Blue Ducks located within URBNSURF. The cafe offers everything from toast to poached eggs and chorizo for breakfast to smoked meats and pizza in the afternoon and evening.

Off-site you can find quick eats at stops like Dawson Street Fish and Chips and Quickstop Kebabs, both just off-site of URBNSURF.

Heading into town there’s a wide range of offerings in Melbourne. This includes higher-end eateries like Vue de Monde with great views of the city and a menu to match what you see on shows like Chef’s Table. Other options include Southeast Asian cuisine at Chin Chin and Supernormal. However, the options are endless in downtown Melbourne with plenty of casual spots like DonDon, which serves Japanese rice bowls.

Another don’t miss area is the Fitzroy neighborhood known for its pubs and nightlife.

Melbourne has fairly mild weather year-round with summer highs in the 80s and winter sitting around the 50s. It’s important to remember Australia is in the southern hemisphere so the months are reversed with January sitting in summer and July bringing the winter chill.

Regardless of when you visit, URBNSURF is an experience unlike anything else.

“It is quite overwhelming when you see it for the first time,” said CEO Damon Tudor. “You park at the car park, you walk through this big open area and you see the waves for the first time and you do have that ‘wow moment.’ And even now when I go, you sort of shake your head a little bit and remind yourself about what’s being created.”

For more surf travel guides you can check out Waco Surf Resort and Bristol, UK’s the Wave. 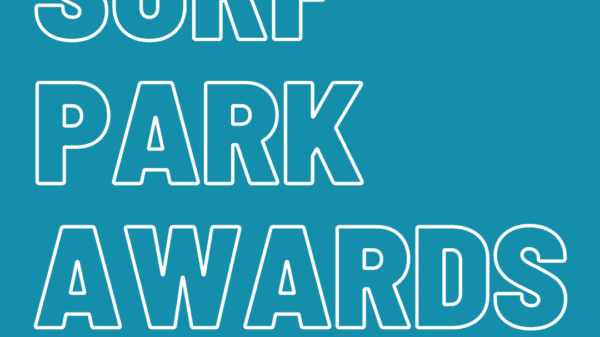 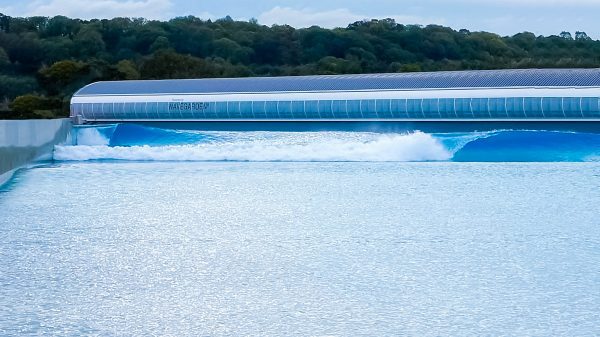