Interested in viewing the Founders’ Cup of Surfing directly from the stands at Kelly’s Surf Ranch? 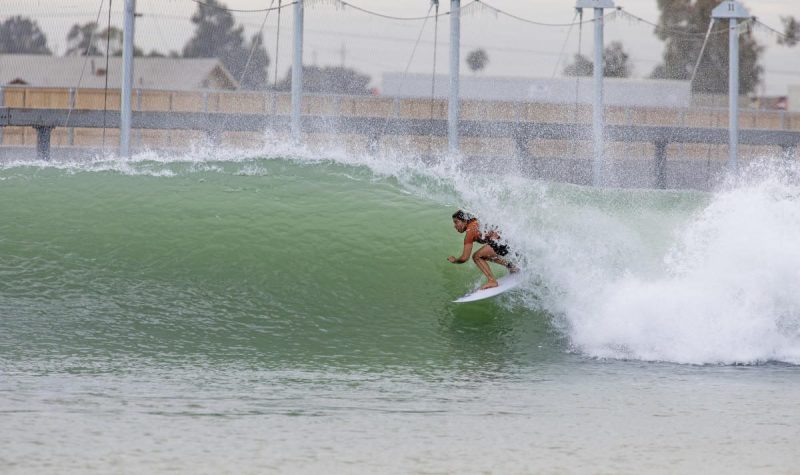 The World Surf League has revealed the full teams for the WSL Founders’ Cup of Surfing Presented by Michelob ULTRA Pure Gold. This specialty WSL event will be the first public event held at Kelly’s well-known Surf Ranch in Leemore, California. They’ve also released pre-sale tickets that come in different levels. Getting through the doors of KSWC will cost a pretty penny, although given the experience on hand it’s a fair price. They’re offering a few different viewing ‘packages’ for attending the event and all are priced on a different level.

The final offer from the WSL is the “Surf Ranch Experience,” priced at- $10,000. This includes a three-night stay, entrance into the pre-event party and dinner on Friday, and the invite-only after-party concert. Also, you’ll get to surf the ranch for one hour on Monday following the event, making use of your own World Tour style WSL locker. Professional videography, photography, and coaching will be available if you wish.

Another round of pre-sale tickets will be released soon, you can sign up here.

The team event is something new to WSL but is set to showcase the worlds best in a new and exciting way. Giving us a glimpse to what we could possibly expect looking forward to the 2020 and down-the-line Olympic events.

“The WSL Founders’ Cup of Surfing is going to be a really special part of the 2018 calendar. We’re really excited to be opening up this amazing facility to the public with this teams event. It’s something new for surfing, but I think it will be a lot of fun and exciting to see how the world’s best surfers perform in this kind of a format.”

You will notice that John John Florence, as well as Carissa Moore, are surfing for team USA. This is something we may see in the upcoming 2020 Olympic Games.

The teams are as follows:

Following the Succes of the “Future Classic” contest that was held at the Surf Ranch on September 19, 2017, this will be the locations first public event.