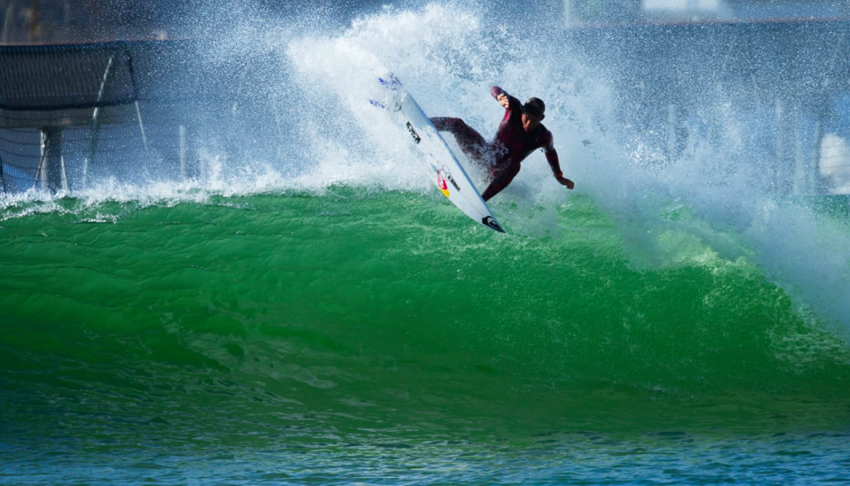 Surfing: So. Kanoa. You just rode Kelly’s wave pool. Tell us everything.

Kanoa: [Laughs] yeah it was pretty mental. [That video] my first wave, Raimana stepped me off, and I didn’t even know which way to go really.

Surfing: How many waves did you catch?

Surfing: How long were the intervals between waves? We’ve heard they have to wait a while for the chops to settle down.

Kanoa: Yeah its definitely a few minutes (around 5-7), but it varies. They’re trying to make some changes right now, because this is the first one they’ve ever made, you know? So there are a few things they want to change, the interval between waves being one of them. It was such an amazing wave, but at the same time there are so many ways to make it better.

Surfing: Can they make it bigger too?

Kanoa: Honestly I think they can make it bigger and better in every way. From what I gathered, they kinda got to a point where it was like, “We’re sick of planning this out, let’s just make one already.” And then they made it, and it’s just a perfect wave. But they definitely want to keep improving it.

Surfing: But is this thing ever gonna be open to the public?

Kanoa: Not this one, it’s just a prototype. The new ones will most likely be open to the public.

Surfing: Who got the longest barrel?

Kanoa: Everyone got really crazy barrels, but I think I had the longest at 29 seconds. I was just sitting in it [laughs]. The crazy thing is, I could have probably gotten a 45 second barrel, but at some point I was fully mesmerized, I felt like I was on ‘shrooms or something, so I was like “OK, that’s enough,” and I came out and did an air reverse on the end. 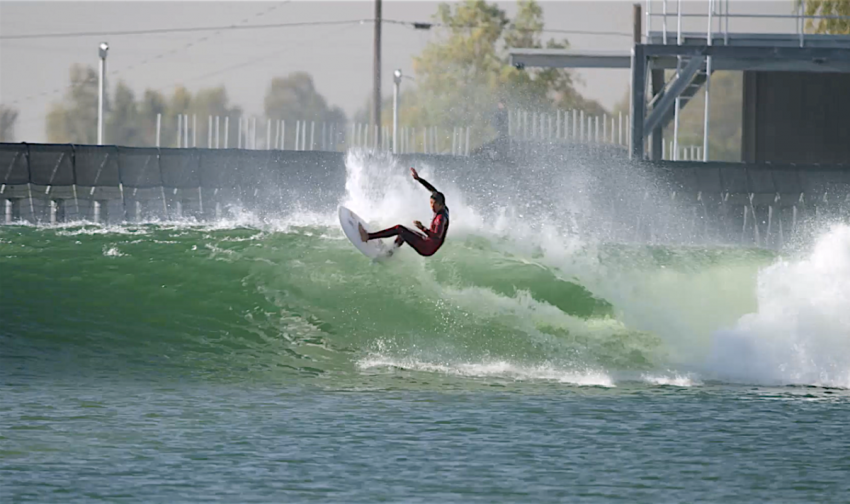 Kanoa Igarashi working on his top turns during one of his 30+ waves of the day at Kelly’s Wave Pool. Photo: Kelly Slater Wave Company

Surfing: Does it get boring, because it’s so perfect?

Kanoa: The thing is, it has full sections with different speeds so you’re constantly trying to slow down or gain speed, so it never gets boring. They did a good job of making different portions of the wave with setups for barrels, turns, airs, etc. And honestly, before coming here, I was never really that stoked on wave pools. I really appreciate the unpredictability of the ocean. So I was excited heading to Kelly’s wavepool, but I figured I would get over it after the third wave. But then I was getting barrels where I was freaking out, literally screaming every time, it felt like I was scoring perfect Kirra.

Surfing: What happens when you fall?

Kanoa: It’s powerful. You get held down and dragged into a deep spot. Can’t push off the bottom or anything. It properly works you. Like, coming up gasping for air.

Surfing: What does this mean for the future, the CT even?

Kanoa: KP and Jesse Miley Dyer were there along with Paul Speaker, and they were all sussing it out, trying to see if they could make it happen next year. It’s easily a CT quality wave.

Surfing: Wouldn’t it be hard to judge a contest where every guy is getting 40 second barrels on every wave though?

Kanoa: Yeah that’s the thing, you’d want guys to be getting barreled but then coming out and ripping the bag out of the wave. So with that in mind, they’ve discussed downsizing the wave for the CT event, along with making it a little less hollow. They can make the wave do whatever they want, like a 10 second barrel at the start, then a long wall and then an air section on the end.

Surfing: So how does this fit into the world of surfing? Would it be two separate things, like a snowboarding halfpipe vs big mountain riding?

Kanoa: I think for the next 10 years it will still be a specialty thing, but instead of paying $2k to go on a trip trying to score, you could do a buddies weekend for “X” amount of dollars and guarantee epic surf. As far as competition goes, this thing completely changes the game, because every wave is more or less the same. There’s no more excuses like “Oh the section was too soft” or whatever, it’s just gonna be about who performs best on the wave.

Concrete evidence below. Listen to the full interview of Kanoa by Surfing Mag’s Jimmi Cane on Kelly’s Wave Pool here. 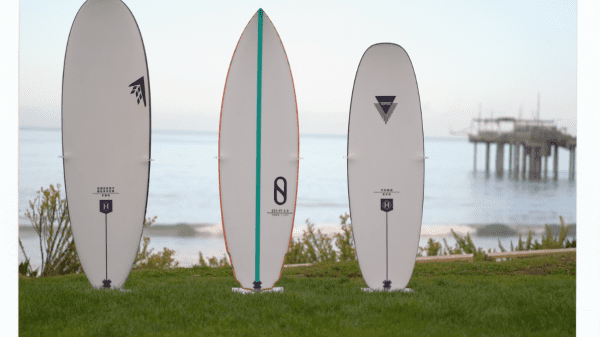