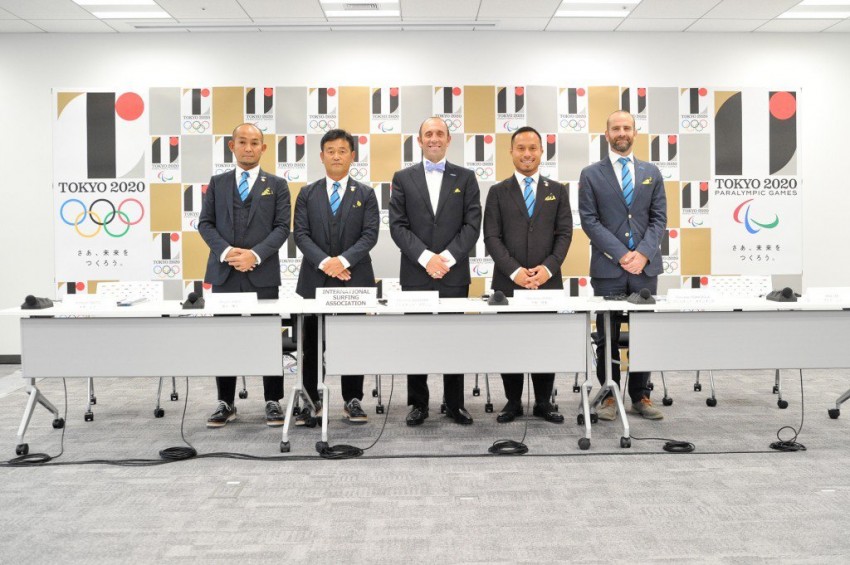 International Surfing Association President Fernando Aguerre flanked by the team that joined him while making the formal presentation for the official inclusion of Olympic Surfing in Tokyo’s 2020 Games. Photo: Tokyo 2020

Published on April 22, 2016 on InsideTheGames.biz
Words by Liam Morgan

Olympic Surfing events at Tokyo 2020 will be held at the beginning of the Games should it win its bid for Olympic inclusion due to uncertainty over the level of waves in the Japanese ocean, the head of the sport’s world governing body Fernando Aguerre revealed here.

Competitions in both the ocean and using artificial waves were put forward by the International Surfing Association (ISA) in their proposal to become a part of the Olympic programme for the Games in four years’ time.

It was understood Argentinian Aguerre, ISA President since 1994, preferred the use of man-made waves generated by facilities such as the one opened in Snowdonia in Wales in August of last year. 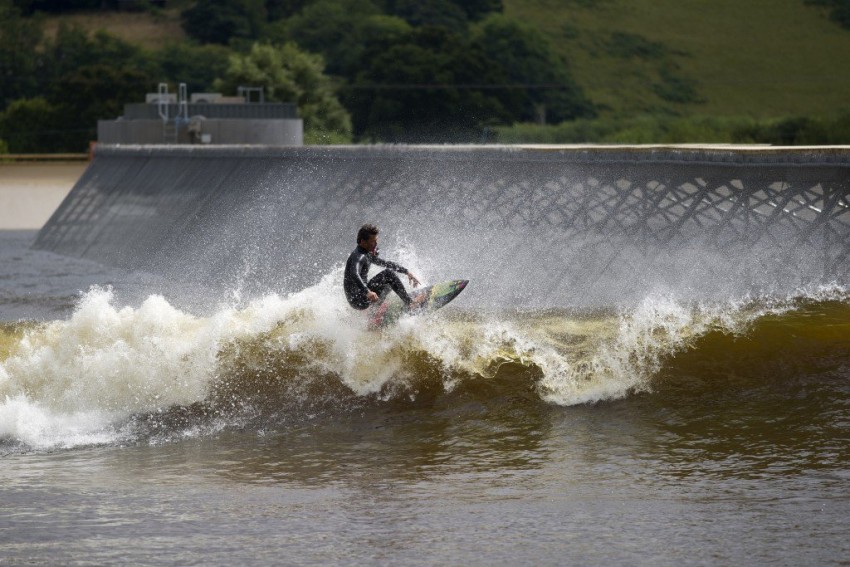 Concerns remain over whether the waves in Japan will be sufficient for high-standard competition should surfing be chosen for inclusion on the Olympic programme at Tokyo 2020. Photo: Getty Images

Aguerre indicated to insidethegames in July how this was the more favourable option due to fears over the size of ocean waves in summer months.

Concerns have emerged, though, over the likely cost of a wave pool. The technology involved is thought to be relatively cheap but costs to rent the land on which it would be built would be far more expensive. The ISA head also admitted the artificial structures “had not been around long enough to fully understand” and claimed they were “excited” about holding surfing events in the ocean.

An exact site for surfing competitions should the International Olympic Committee (IOC) include the sport at Tokyo 2020 has not yet been set but the world governing body claim to have conducted extensive research to find a suitable location. There are several surfing hotspots within reach of Tokyo, in locations such as Chiba, Kanagawa and Izu, but the ISA refused to confirm where their sport would take place.

Between late August and October is considered the best time of year to surf in Japan, with more volatile but potentially strong waves between December and March. The fact that contingency plans are already being put in place if the required level of waves fail to materialise confirms the ISA are wary of the issue but Aguerre remains confident it will not be a problem.

“Most likely it will be staged at the front end of the Games so if the waves don’t happen we can just push it back and have it at the right time,” Aguerre said at the SportAccord Convention here.

“We believe in man-made waves and we believe they are the future but they haven’t been around long enough to fully understand.

“The IOC and Tokyo 2020 want things that are certain and the ocean is certain.”

“We have done 10 years of research on wave duration and tides and we don’t know exactly where it will take place but we will look at venues that are in a good position for the predominant swell directions.”

Aguerre also claimed the IOC were “happy” with what they saw when a small delegation from the organisation visited a surfing event in March of this year in Gold Coast to inspect how competitions in the sport are run.

The potential inclusion of surfing, along with baseball softball, skateboarding, sport climbing and karate, will be discussed at the IOC Executive Board meeting from June 1 to 3.

They are expected to make a formal recommendation for approval at the Session ahead of the Olympic Games in Rio de Janeiro.

Read the original post and the latest on Olympic surfing inclusion on InsidetheGames.biz here.