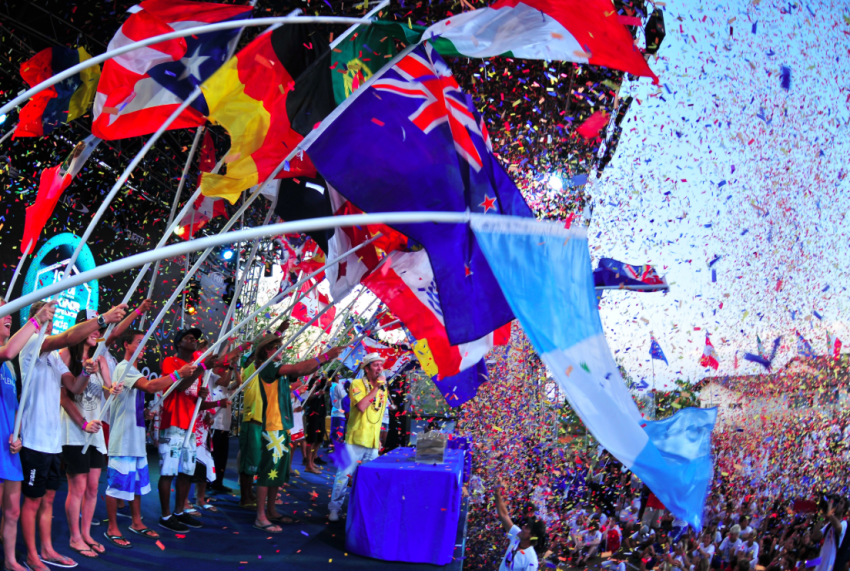 August 3, 2016 will go down in history as one of the most significant moments in the sport of surfing. Fernando Aguerre and his team at the ISA have cause to celebrate as the world will finally see surfing on the Olympic stage in Tokyo 2020. Photo: ISA

BREAKING NEWS: Rio de Janeiro, Brazil, August 3, 2016
The International Olympic Committee (IOC) has just taken the final vote on whether to include Surfing in the Sports Program of the Tokyo 2020 Olympic Games. The vote passed unanimously making this one of the most historic moments for the sport of Surfing.
ISA President, Fernando Aguerre, said:
“After decades of hard work and dedication we are absolutely thrilled that Surfing will officially join the Olympic Sports Program at Tokyo 2020. Our Olympic dream has now become a reality and on behalf of the entire Surfing family I would like to express our sincere thanks to the IOC and Tokyo 2020 for their pioneering vision in making this historic decision possible.
“This is a game-changing moment for Surfing. We are already seeing increased popularity of the sport across the world and the Olympic Games will provide an incredible platform to further showcase Surfing and its core values. With its unique and modern blend of sport performance, style and youth culture, Surfing will help deliver something special to the Games.
“We are especially stoked for the athletes who now have their own dream to shoot for – to compete for their countries on the greatest sporting stage. We can’t wait to see the world’s best going head to head on the waves in Tokyo and millions of Surfing fans revelling in the competition and the fantastic festival atmosphere of the beach party.
“We know the hard work does not stop here. We look forward with great enthusiasm and energy to working in partnership with the IOC and Tokyo 2020 as we aim to make Surfing’s Olympic debut a resounding success.”

Finally realized 104 years since the Duke won a gold medal as a swimmer in the Stockholm 1912 Olympic Games. 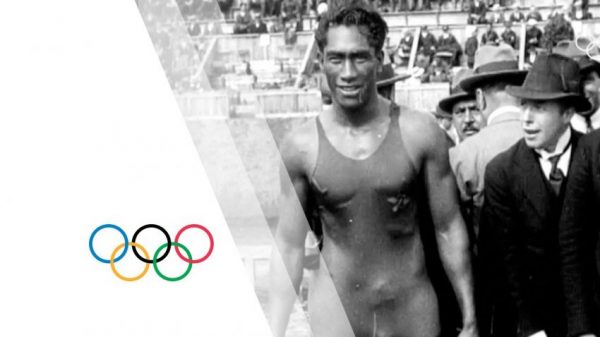 The Father of Olympic Surfing, Duke Kahanamoku at the Stockholm Olympic Games in 1912

The dream of Olympic Surfing started with Duke Kahanamoku, an Olympic Gold Medalist in swimming and native Hawaiian known as the father of modern Surfing. Duke first presented his dream at the 1912 Summer Olympic Games in Stockholm, where he expressed his wish to the International Olympic Committee to see Surfing included in the Games. 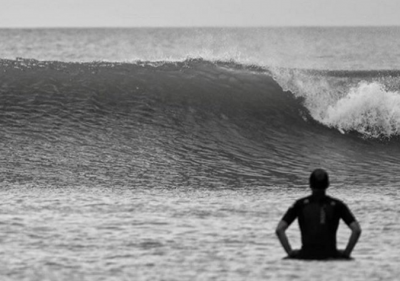 More than a century later, Fernando Aguerre and his team at the ISA have continued to pursue the Duke’s dream and have finally achieved a key milestone in making it a reality. “Surfing is ready to embrace the Olympics and take its inspiration, love and passion to the world’s greatest sporting stage.”

At 3pm local time in Rio de Janeiro today, a report was given to the Tokyo 2020 Organizing Committee, followed by a Report of the Olympic Program Commission and an official vote on the Tokyo 2020 proposal on new sports. With a focus on being the most innovative and exciting Olympic Games in history it’s a great honor and massive moment for surfing to be recognized as a key component of the Tokyo 2020 Olympic Sports Program.
A total of 40 surfing athletes with a focus on only a shortboard division will compete in the Chiba Prefecture of Japan. The official Olympic Surfing athlete roster will be comprised of 20 men and 20 women. The vision for the surfing events at the Tokyo 2020 games are currently set to take place in the ocean in natural conditions and will likely not be hosted in a surf pool or man-made surfing lagoon. 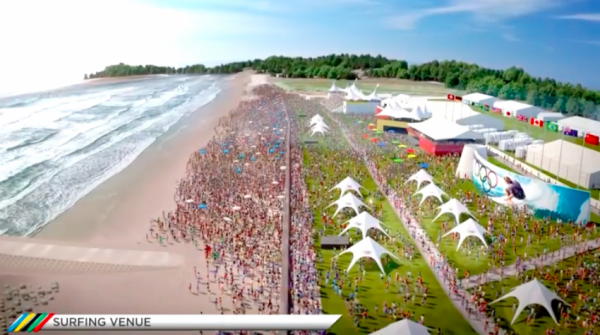 The surfing venue in the Chiba Prefecture of Japan will be set up as a high energy beach festival comprised of live music concerts, sponsorship exhibitions, merchandising, vendor villages and a variety of food / beverage options. 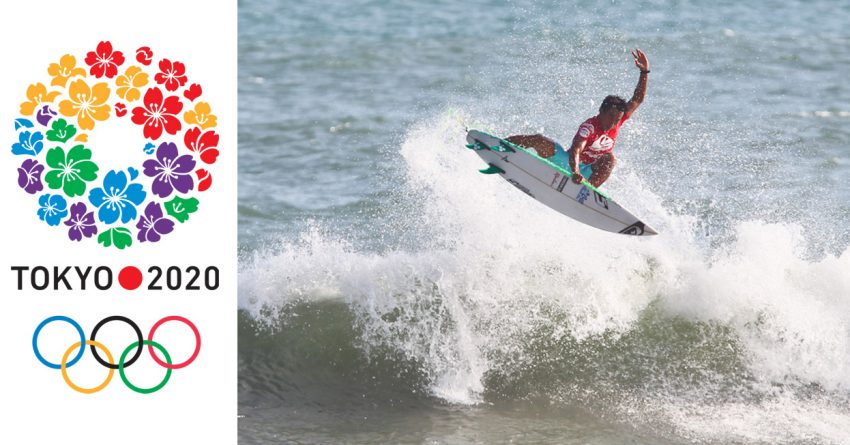 Fernando Aguerre, a member of Argentina’s National Surfing Team, was elected President of the ISA in 1994. In 1995, shortly after being elected, Aguerre met with the then IOC President, Juan Antonio Samaranch in Lausanne, Switzerland, where he made it clear that the inclusion of Surfing in the Olympic Games would be a strategic priority for the ISA. 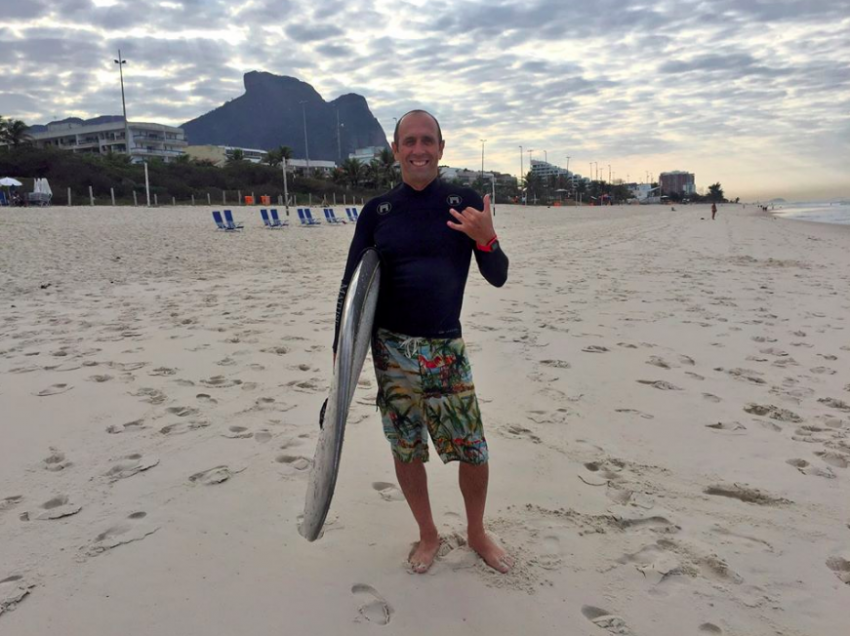 The day before the IOC voted on whether to include Surfing in the Tokyo 2020 Olympic Games and what is ISA President Fernando Aguerre up to? Surfing of course. Photo: International Surfing Association

Since that meeting in Lausanne, the ISA has taken great steps forward both in the global development of the sport and in edging closer to Olympic inclusion, with the ultimate goal of spreading the joy of Surfing to all corners of the world. With 32 Member Nations in 1995, the ISA has now grown to 100 Members and counting, reaching non-traditional surfing markets such as Iran, Sierra Leone, and Russia to name a few.

Despite several unsuccessful attempts to promote Surfing’s inclusion into the Games through the first decades of Aguerre’s mandate, the ISA President persisted and pushed forward and in 2014, the ISA was given a new breath of life under the new leadership of IOC President Thomas Bach. Bach brought a new vision to the Olympics, realizing the need to add youthful, vibrant sports. The door was opened for 26 sports, which included Surfing and SUP, to apply for inclusion in the Tokyo 2020 Games, an opportunity that was ecstatically welcomed by the ISA.

Two years later, having been recommended by Tokyo 2020 and supported by the IOC Executive Board, Surfing has finally achieved official Olympic recognition by the International Olympic Committee. The final vote on surfing’s official Olympic inclusion at the 129th IOC Session on August 3rd at the Summer Olympics in Rio will go down in one of the most significant moment’s in the history of the sport of surfing.